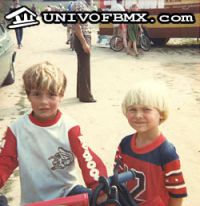 A pioneer rider. still active in the sport (without a break) and competing at the highest level, celebrates his 25th anniversary in the sport in July 2004, has been nominated: Pieter Does, Holland. Update: end year 2004 Pieter Does stopped racing.

For more information about Pieter Does, check out his profile.