Through my dear friend Jeff DeVido from Custom cycle Supplies (among others MCS bikes) I learned that on April 25th. 2007, our dear friend Bob Wright , better known among riders as Pa Ecko, passes away.

Bob finaly did loose the battle against cancer. So, another BMX pioneer has gone. Bob was known for his Ecko BMX Helmets and also has been "industrial representative" within the board of  I.BMX.F for several years. We do remember him as he real "PA", always had time to listen to riders and help them with advice. Bob will be missed. That he me rest in peace. 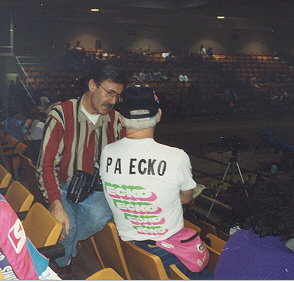