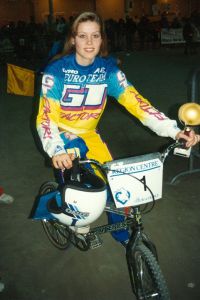 Corine Dorland has been crowned the QUEEN of CHAMPIONS, holding 3 World titles in the highest age/performance classes and another 7 titles in lower age classes, which makes 10 world titles won in total.

Corine Dorland switched in 1997 to MBT. 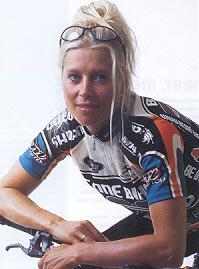 Besides BMX and Mountain Biking (two times National Champion in the meantime in this category, in 1999 and 2000), Corine now tried Cyclo-cross for the second year in a row and did very well.

December 1988. Article on Corine Dorland in BMX PLUS by John Ker.