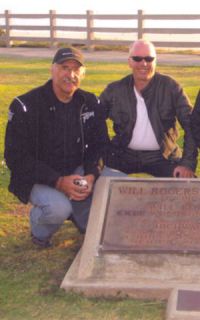 As you can read from the History of BMX, Gerrit Does discovered BMX in the USA in 1974 and imported the sport in Europe, more specific Holland in the first place.

Louis Vrijdag has been instrumental getting the sport organised in Holland together with Gerrit Does in the early days.

Gerrit Does has been instrumental getting an international organisation of the the ground called the I.BMX.F. , now integrated into the UCI. Louis Vrijdag was instrumental integrating I.BMX.F. into the UCI which took about 6 years to realise all together.

Four still active manufacturers of BMX bikes and parts have been inducted into the European BMX Hall of Fames in the year 2003. All of them were pioneers in their fields in international European BMX. They were trend setters and instrumental in developing BMX equipment from the early days on up till now. They helped initiating the sport and its products within the European market and on.

Read detailed information on Gerrit Does in his profile.

Organisation: Ponypark Slagharen with owner/director Mr. H. Bemboom taking care of all facilities and promoter/organiser Mr. Gerrit Does taking care of the sport technical part of the organisation as well as marketing, publicity, public relations (TV) and so on.